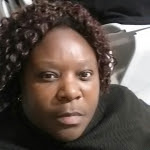 Ms Georgine Kengne Djeutane (Cameroon) has been performing the duties of WSCF Interim Chairperson after the 35th General Assembly in March 2015 and until the Chairperson elections in March 2016. Former Africa Regional Secretary, Georgine is an Economist by training. She received a Masters of Philosophy (MPhil) in Economics Sciences. In addition she also trained on Project management, Monitoring and Evaluation, Fundraising, Conflict Resolution, Gender and Human Rights, Anti-Corruption Campaign, Lobby and Advocacy, Management for Head of Project and Organization of Development in Africa and Corporate Governance.

In her past experience, she served on an advisory board for the Nairobi Peace Initiative Africa (NPI-A), the Ecumenical Advocacy Alliance (EAA) and the Progamme for Christians and Muslims Relationship in Africa (PROCMURA). She is a recipient of the McArthur Foundation Prize on Research on “Real Economy in Africa”. She is the author of several articles related to debt issues published in Scholarly journals.

Ms Georgine is a committed Christian. She has been working since her graduation with faith-based organization as part of her commitment to serve Jesus Christ. She has a good grasp of the Ecumenical vision, great experience with church, church-related and ecumenical organizations at national, regional and especially at the international level given her past job as the WSCF Regional Secretary for Africa and the Vice Chaiperson of the Ecumenical Advocacy Alliance based in Geneva. She is committed and empowered to serve students and young people with ability to work and communicate in cross-cultural setting. She is also a graduate of the Ecumenical Institute of Bossey. Currently working as a consultant with a Research organization and planning to finalize her PhD. 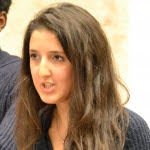 Salma Charaf (France), currently based in Paris, is a student of International Relations and Management. Salma grew up in Morocco, in a multicultural and open-minded Russian-Moroccan family. She got to know WSCF when she started her university studies in France, where she joined SCM France. Through her SCM, Salma met the WSCF General Secretary, got inspired, and decided to participate in her first WSCF project taking place in UNESCO. In 2014, Salma was invited to take part in the inter-regional leadership development program in Jordan and Palestine, where she discovered the real spirit of WSCF. When she returned to Paris, Salma became the main international contacts person of SCM Paris, and continued to be involved in WSCF-European projects representing her SCM, recently reconnecting this old WSCF member with the Region.

In parallel to her studies, Salma did several internships in France and abroad. Her first professional experience was junior consultant’s position in a management consultancy firm in Moscow. Later Salma decided to try herself in human resource recruitment consultancy, which led her to a sector manager’s position for a commercial company in Paris. These experiences allowed Salma to gain professional skills such as leadership and management skills. Today, Salma is closely engaged in ecumenical and cultural life of her SCM, and currently she also represents WSCF at UNESCO.

The Chair and Vice-Chair will be dealing with the following tasks: