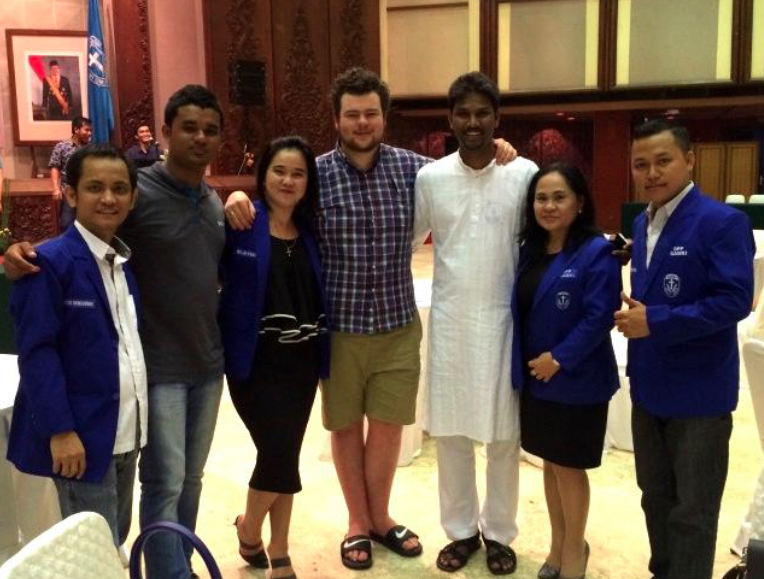 In October, I attended The Human Rights Justice Peace Programme, six days of engagement Eco Justice issues and held in Jakarta, the capital city of Indonesia. SCM members from the Asia Pacific region were invited to join the meeting, with over ten nations represented.

This programme aimed to firstly give voice to environmental and human right violations that countries faced, and secondly to train leaders from various movements and mechanisms in which such issues can be given advocacy from their SCM’s. I was the delegate for SCM Aotearoa and unofficially the Pacific Islands by proxy as there was no representation from the Island nations. My main role in this programme was giving a perspective, from a more developed country, on issues facing more developing countries. As the only delegate born in the Australasian-Pacific region and person of non-Asian decent, I gave an explanation and context to some the major human rights and environmental issues facing this corner of the globe.

The highlight for me was after two days of discussion and learning, we were given an overnight exposure experience in various places in Jakarta. I visited the Ciliwung River Community located in central Jakarta. This community lives on the banks of the river with residents facing forced eviction from their houses, with some already having their homes demolished. Visiting this area gave me an opportunity to see first-hand some of the social injustice these people face, as well as the environmental/ecological suffering the river endures in the form of pollution.

This experience gave me a new found appreciation for the respect our central and local governments give us in New Zealand. Seeing the river in such a disgusting way, highlighted to me the importance of preserving and improving the quality of water ways we have. I realised how blessed we are in New Zealand that our water, in most places is clean enough to drink without filtration. However, these people have to use a well for drinking water, even though they live on the banks of a river.

The biggest challenge for me was communicating the human rights and environmental issues that face the Pacific region. I felt that any issue I expressed was discounted or ignored as it was considered of less importance to issues facing less developed countries. The language barrier may have been part of the issue, as I was expected to speak in the most basic English so everyone could understanding. Being the only natural English speaker held its challenges but I was very grateful that the programme was in English.

An important learning for me was the realization that all countries have issues. Some seem more significant than others, issues are different but all are important in their own setting.

As a result the Australian delegate and I discussed an approach where more focus needs to be placed upon the Pacific Island nations from the Australasian SCM’s. We felt a responsibility to speak up for and represent our Pacifica neighbours. I will be looking to raise this with and Otago SCM in the New Year.